Occasionally we come across really cool material that not a lot of local merchants carry. Some of that material is dinosaur bone,wampum,Himalayan Herkimer Diamonds, pietersite and Super Seven beads. 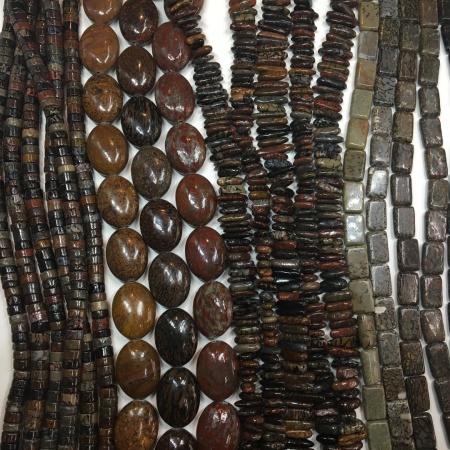 We carry a variety of shapes such as chips, center drilled nuggets, rectangles, ovals and heishi. Call for pricing and availabilty. 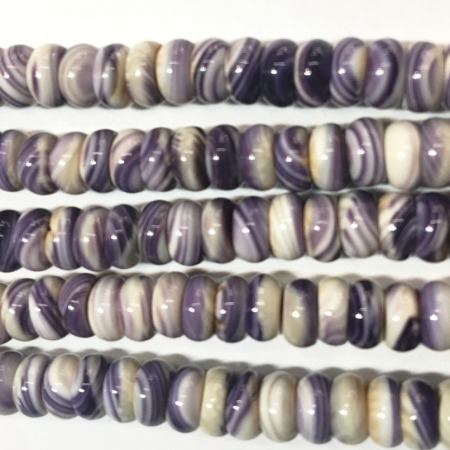 Wampum is a traditonal shell bead of the Eastern Woodlands tribes of North America. The purple and white beads were woven in various patterns representing the tribes and exchanged as treaties.  The white beads are made from welk shell, and the purple is from the quahog or North Atlantic hard-shelled clam.

We carry the wampum shells in a 6mm roundel. Call for pricing and availabilty. 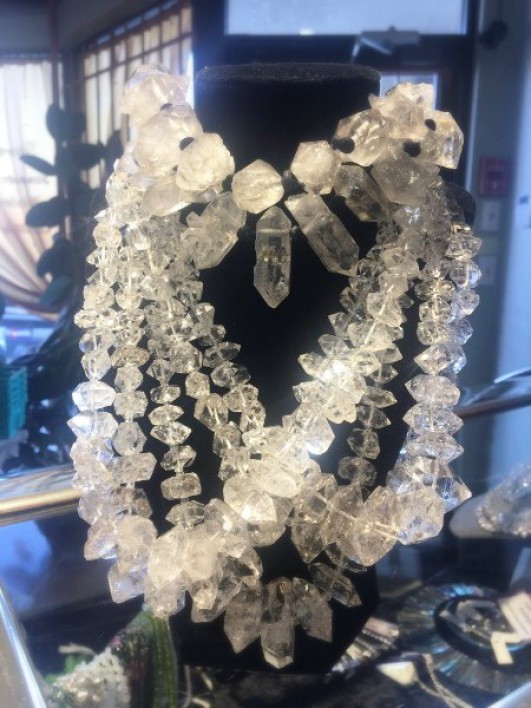 Here is a cool fact about Herkimer diamonds; not only do they form naturally as double terminated crystals, some will contain bubbles of petroleum. You can shine a UV light on them and make the bubbles glow seen here. We sell strands and singles of this awesome variety of quartz. Some might have a bubble or two.

A very rare stone that is only mined in two places; Hunan, China and Namibia, Africa. These beads are a mixture of hawk's eye and tiger's eye. The tiger eye and hawks are naturally cemented together by quartz creating a finished product with many hues and chatoyancy. 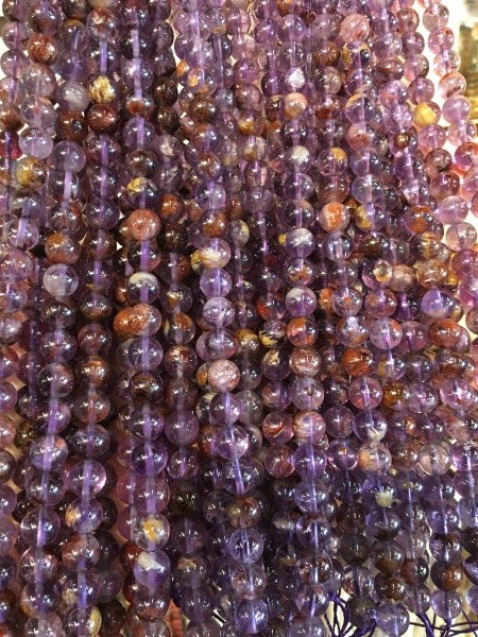 This stone is a fusion of seven other minerals:

This stone harmonizes all chakras and increases understanding of yourself and your life path.

How to Find Us or To Order: